This rapid breathing is a bit distracting - a bit tiring too. I was hoping that it was one of those symptoms which only showed up and wiped its feel and then took off - but its lingering a bit. Well - if it shows any sign of getting up to leave I am ready to slam the door behind it!

Excellent! It’s calmed down a bit now! Happy Friday everyone!

Hi, I’m glad it’s calmed down a bit. I had a period when I was additionally ill with other things that resulted in my heart rate speeding to a frightening rate up every time my PD drugs began to wear off. I used meditative Om chanting to stop this happening - part of chanting is breathing deep, slow and even, it relaxes your nervous system but also, because you are controlling how you breathe, it prevents your heart speeding up. I did this during every ‘off’ for a couple of days and the rapid heart beat stopped happening, and it hasn’t come back, which was even better than ever. Chanting is also good for reducing inflammation; managing anxiety; regulating thyroid; also very good for energizing your brain, amongst other things. Personally I feel it’s made a significant difference to how I manage PD as well as other conditions.
Just wondered if this might be of interest to you.
Anna

In February 2002 I developed muscle spasms (dystonia) around my eyes a few months after taking an antiemetic domperidone for migraine-induced vomiting. My gp misdiagnosed this movement disorder as stress and in May prescribed antidepressants. The muscle spasms began to spread to my face and neck, affecting my breathing. In August I noted, “breath is short pants, Doctor says breathing sounds like anxiety – I don’t think so – think it’s muscle spasm affecting my breathing and that makes me anxious.”
I rang the hospital and asked neurologist’s secretary if she knew if dystonia could affect your breathing. She couldn’t say, “I’ll get into trouble”. No-one rang back. The Dystonia society eventually found a leaflet on laryngeal dystonia which can affect breathing.

I’ve never taken levodopa but the Parkinson’s Foundation has a useful page: 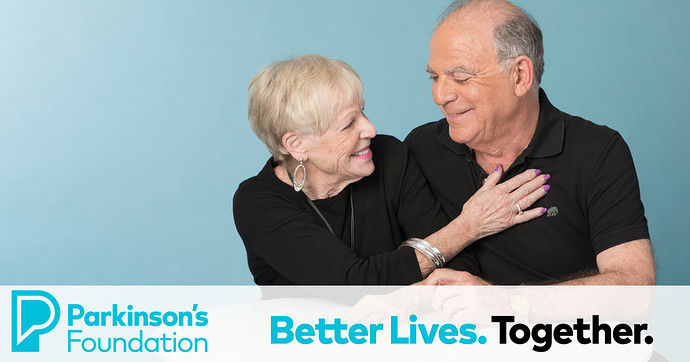 The Parkinson’s Foundation makes life better for people with Parkinson’s disease by improving care and advancing research toward a cure.

“Wearing off” is a common experience among people with PD who have been taking levodopa for several years. These occur when the medication benefit wears off and PD symptoms (including shortness of breath) return before the next dose.

Respiratory dyskinesia refers to an occurrence of irregular and rapid breathing when levodopa medications reach their peak effect. These may accompanied by involuntary body movements, typically experienced as dyskinesia.

Dyspnea [shortness of breath] is one of the least well-characterized non-motor symptoms (NMS) associated with Parkinson’s disease (PD).
A positive response to at least one question: “In the last month, have you suffered from breathlessness?” and “In the last month, have you had trouble breathing normally?” was considered to signify the experience of dyspnea…of 153 non-demented PD patients…frequency of dyspnea was 39.2%.

Development of a Non-Motor Fluctuation Assessment Instrument for Parkinson...

Hello Anna72. Yes that was interesting thanks. I usually practice “The Buteyko Method” to control my breathing

Hello Appletree. Thanks for that - I’d read that page but thanks all the same